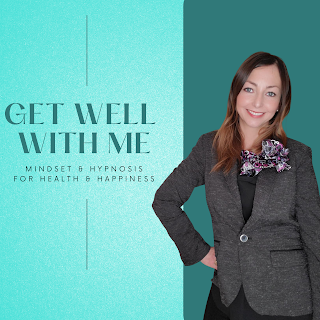 This episode is inspired by the work of Dr. John E. Sarno.
Dr. Sarno had a hands-on medical practice, treating thousands of patients for back pain and a host of other conditions.  His work has helped bring an essential awareness of the mindbody connection.  He became the world's leader in treating psychosomatic disorders.   Having passed away only a few years ago, his wisdom and medical findings are neatly preserved for us in his lectures, interviews, and books.  His final book is an accurate summary of his final conclusions and it's titled, The Divided Mind, The Epidemic of Mindbody Disorders.
Takeaways from this episode:
Shop hypnosis downloads from our sponsor. https://www.adriannehart.com/2021/02/program%20your%20mind.html
Youtube: https://www.youtube.com/channel/UCOdVGdG-vjIo8X14hvbZeIA
Amazon Music: https://music.amazon.com/podcasts/b77d90c7-7f23-4f6a-99bd-86710757ab35/Get-Well-With-Me-Mindset-and-Hypnosis-for-Health-and-Happiness
Apple Podcast: https://podcasts.apple.com/us/podcast/get-well-me-mindset-hypnosis-for-health-happiness/id1470423158?uo=4
Spotify: https://open.spotify.com/show/0tdaftF9cNXsTYuH3h6LYr
Facebook: https://www.facebook.com/adrianneehart
Instagram: https://www.instagram.com/adrianneehart/
Website: https://www.adriannehart.com/
To submit requests for the Get Well With Me Podcast: age@adriannehart.com